Melbourne is a far cry from the usual tourist destination. It’s a city famous for its friendliness and liveability but short term visitors can’t rely on a checklist of highlights. While visits to the MCG, the Grand Prix circuit, National Gallery and Botanic Gardens are all worthwhile, Melbourne is less about the things you see and more about the things you do.

Set on the banks of the Yarra River, what is unique and exciting about Melbourne is the way it brings the best of so many cultural influences together. Melburnians travel widely, they are thoughtful, innovative and lifestyle focused. We put these powers to use everyday in an effort to create our version of the perfect city. From the architecture to the food, the city is defined by contrast. In our laneways you’ll find every kind of wondrous hidden treasure… high fashion, world class cafes, bars you’d never think to look for. Half the joy is in the discovery, the other half is the character and charm that comes from a city built on enterprise.

Expect to work for your fun in Melbourne, all the good stuff is just below the surface but in the ‘world’s friendliest city,’ help is never far away.

Melbourne sightseeing is a bit of a curious one. We’re a major sporting city so visiting the sports museum at the MCG Stadium is certainly worthwhile. It’s in the sports precinct next to the Rod Laver Arena (home of the Australian Open) and a hand-full of other world class stadia.

There are beautiful gardens like the Royal Botanic and Fitzroy Gardens. An impressive memorial shrine for our fallen war heroes. There’s the lovely Southbank along the Yarra River and a decent port area in the Docklands. We have some wonderful museums and galleries including the Melbourne Museum, the NGV and ACCA.

The Melbourne Exhibition Building is one of many beautiful buildings from the Marvellous Melbourne period. The city really came into its own following the Gold Rush towards the end of the 19th Century. You can find many treasures from this period along Collins Street. A walk from ‘The Paris End,’ in the east to ‘The New York End’ in the west is great for architecture buffs. Keep an eye out for the spectacular Block Arcade along the way.

Hosier Lane is the most impressive for graffiti and street art in the inner city. It runs between Flinders Street and Flinders Lane where you will also find many of Melbourne’s best laneway bars and restaurants.

Again it’s only half the picture, Melbourne is more about the things to do than things to see.

That depends on your interests but the above highlights are all well worthwhile. The Eureka Skydeck is a good option for spectacular city views and a cruise or kayak along the Yarra is a real treat.

Locals love to grab a quick meal on Centre Place or Degraves Street. Baguette in hand we might visit a few of the boutique retailers tucked away on flinders lane.

The Melbourne Visitors Centre at Federation Square or the Bourke Street Mall have some great little self guided tours’ maps. These include architecture, heritage, parks and gardens, lanes and arcades… The latter is a real treat and features much of the historical ‘Golden Mile’ walk.

Apart from those mentioned (Skydeck and Melbourne Star), the Shrine offers great views of the city as does a rather boutique little bar on the top floor of the Rialto Building called the Lui Bar. Dress nicely for that last one and be prepared to cough up a little for a beverage. Families will find Melbourne a safe and hospitable place in general. It’s certainly not the cheapest but most attractions and activities offer discounts for kids. A creepy highlight is a tour of the Old Melbourne Gaol and If you’re visiting from other countries, Australia’s unique wildlife should certainly be on the ticket. St. Kilda is a lovely seaside neighbourhood that’s just a little bit bohemian. It has a lovely historic theme park, loads of ice cream shops, restaurants and a calm seaside and promenade.

A cruise or kayak on the Yarra River. Melbourne Museum, ACMI & Scienceworks. The Old Melbourne Gaol. Luna Park, St. Kilda. The Aquarium and The Melbourne Zoo.

The Great Ocean Road is also spectacular but it’s quite far for a day tour. There’s wilderness, waterfalls and wildlife in abundance and one of the world’s most spectacular coastlines. Twelve plus hours, much of it driving can be a challenge for kids so consider one or two night options if possible. 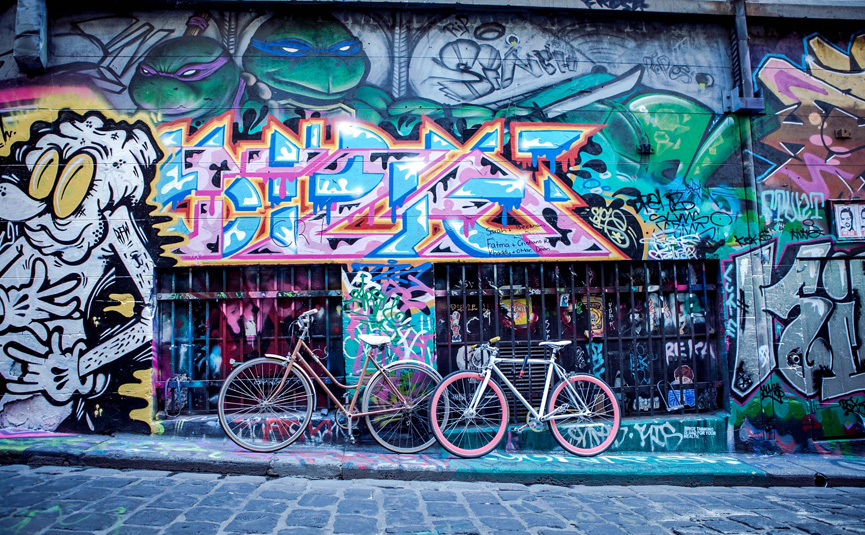 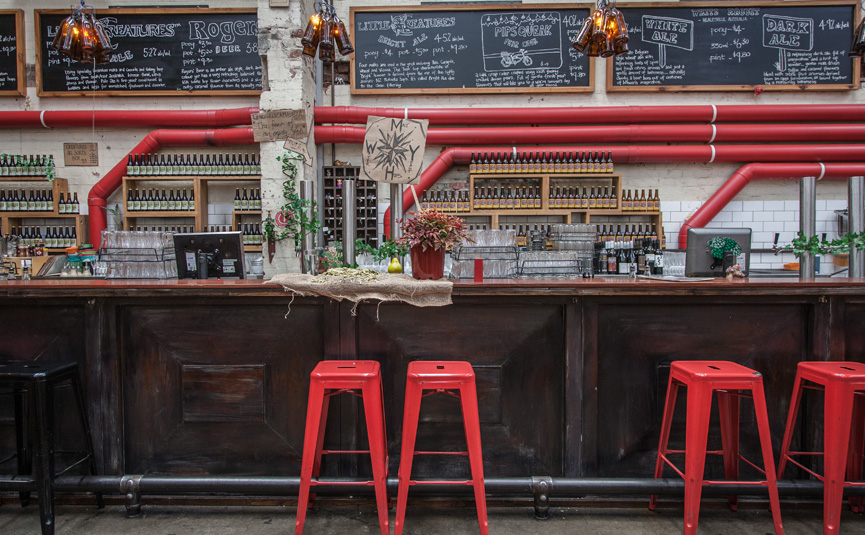 Melbourne is the undisputed retail capital of the country if you don’t listen to those crazy folks up in Sydney who dispute everything. Most international labels choose to launch their operations here so if you’re looking for H&M, Topshop, Uniqlo or Zara you will certainly find them.

You’re better off seeking out some of the hundreds of specialist local retailers for the real Melbourne experience. We value charm and character, the independent owner-operated businesses you can’t find anywhere else. Gertrude Street in Fitzroy is excellent in that regard, as are Flinders Lane and Little Collins in the Central Business District.

Aesop Skincare and Crumpler Bags are local brands that have gone global. Keep an eye out for these quality heavyweights. Clementines and Melbournalia stock only local products so they’re great for more authentic souvenirs. We love our bookstores and some of many wonderful offerings include Embiggen Books, Hill of Content, Brunswick Street Bookstore and City Basement Books.

Rose Street Market is a real highlight in Fitzroy. The South Melbourne Market is more of an institution just like the Queen Victoria Market and both have great night markets once a week. St. Kilda Market, like the Southbank Market is nice on a Sunday and the Chapel Street Bazaar is a bit of fun for antiques and collectables. A little further afield in more regional Geelong you can find The Mill. It’s essentially a big warehouse with plenty of wonderful antiques, furniture and little treasures.

The ‘Paris End’ of Collins Street on the eastern side of the city has always been home to many local and international boutiques like Hemes, Channel, Dior and Armani. High end local boutiques include Christine’s, Eastern Market, e.g.etal and Lord Coconut but that is just a few names from a very long list. Keep an eye out for the Urban Walkabout pamphlets floating around the city. These are quality area guides with lots of great tips and highlights.

The big hitters are Myer and David Jones. For this sort of thing you need to find your way down to the Bourke Street Mall or for the really adventurous, out to Chadstone. This last option is not for the feint hearted, it’s a jungle out there. 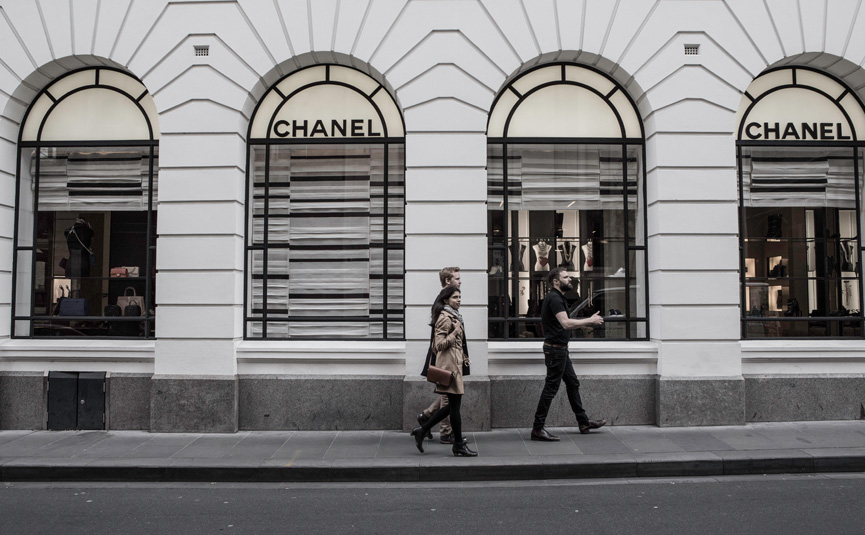 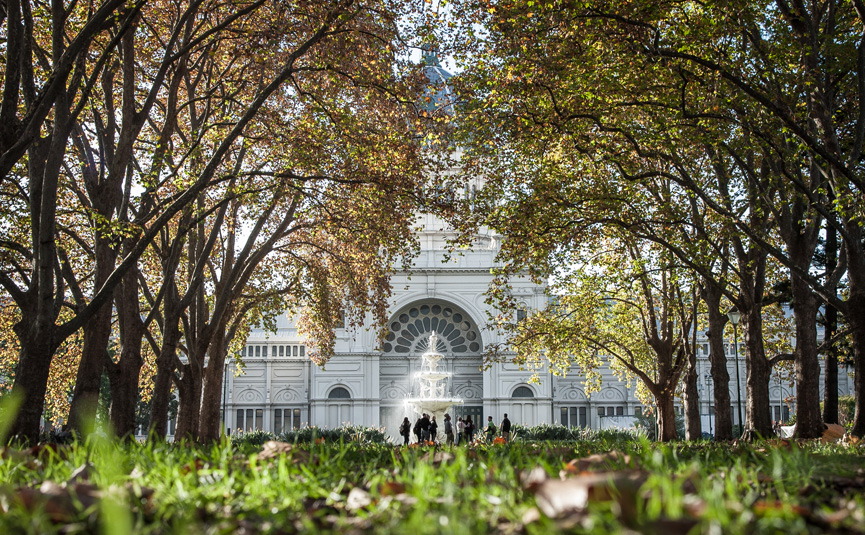 It‘s really hard to pick the city‘s strength but food would have to be high on anyone‘s list. This is an area where we locals are happy to splurge at least once in a while but there are plenty of reasonable everyday options out there. Food is a place for cultural expression and again the influences are broad and international. From the stalwarts in Little Italy and Chinatown to contemporary South American cuisine you can find pretty much whatever you‘re looking for done pretty damn well. This section will always be incomplete and just a little out of date because the scene is so dynamic so feel free to go rogue, your risk of a bad meal is minimal.

Any Melburnian can tell you we invented brunch and a good cafe or seven is the qualifier of a relevant neighbourhood. Around the CBD check out Brother Buba Budan, Traveller, Dukes, Captains of Industry, Manchester Press and Bar Americano. Waffle On do a killer baguette in Degraves Street where quality options for lunch abound as they do in nearby Centre Place. EARL Canteen, Hardware Society, Gill‘s Diner, Bowery to Williamsburg and 1000 Pound bend are also great. Just about any vietnamese bakery is good for a baguette on the go (banh mi), special mention goes to N. Lee on Little Collins.

Cafe & Lunch in the ‘burbs’

Try Stager Lee or Hammer & Tong in Fitzroy, Bluebird or South of Johnston in Collingwood, The Farm Cafe in Abbotsford, Top Paddock in Richmond, Town Mouse in Carlton, Small Victories in Carlton North, Twenty and Six Espresso or Auction Rooms in North Melbourne, Two Birds One Stone in South Yarra, Third Wave in Port Melbourne, Truman in Albert Park, Dukes or Two Lost Boys in Windsor, Il Fornaio in St. Kilda and St. Ali or Chez Dre in South Melbourne. Try saying that on one breath.

Broadsheet or Time Out are both great resources in a bind. Melbourne nightlife tends to be oriented around smaller establishments. We prefer bars to nightclubs but that certainly doesn‘t rule out dancing. Most interesting neighbourhoods to spend an evening will offer a host of options for nightime revelry. Many serve food but drinking becomes a bigger feature as the night continues. Many places close between one and  three am but you should find the odd venue open to five and six.

A highly subjective and hotly debated topic, in no particular order and for lots of different reasons.

The Esplanade for historical reasons but St. Kilda has had its day.

Night markets are a real treat and often involve music, drinking and dancing. A few companies offer pub crawls around the CBD and Fitzroy. For something a little more refined check out our nightlife tours. There are a few drive in movie cinemas just out of town and open air cinemas abound in the summer. March is comedy festival season and that‘s a hell of a time to be around. When in doubt, pocket a flask of whisky and take to the streets, public drinking is illegal so be responsible about it.